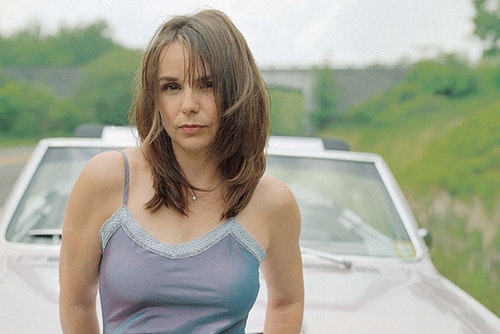 This event is 21 and over

Patty Smyth, both with her hit band Scandal and as a solo artist, has always been, at heart, a rock and roll chick, and that’s no truer today for the mother of six, now back on the road and raring to play for fans new and old. If Smyth did nothing but marry New York punk poet Richard Hell (with whom she had her oldest daughter Ruby), then noted tennis punk and commentator John McEnroe (who had three kids of his own and then two more with Patty), that would be amazing enough, but she’s also earned both Oscar and Grammy nominations, recorded a series of hit singles and albums and enjoyed a successful reunion on VH1’s Bands Reunited series.

Scandal burst onto the scene in 1982 with a self-titled debut that turned out to be the best-selling EP in Columbia Records history, featuring the hit single, “Goodbye to You”, a song Patty Smyth co-wrote with Zach Smith. Aside from “Goodbye to You,” a #1 MTV video, Scandal included the hits “Love’s Got a Line on You” and “Win Some, Lose Some.” The group’s first full-length album, The Warrior, released in 1984, climbed into the Top 20 on the sales chart, eventually earning RIAA-certified platinum status, with more than a million in sales.

“The Warrior” remains popular to this day, featured in the video game Grand Theft Auto, Guitar Hero, Rocks the ‘80s and the Fox series Family Guy.

For all her ‘80s achievements, Smyth’s most impressive successes came in the ‘90s. Her 1992 solo album turned out to be a career peak. “Sometimes Love Just Ain’t Enough,” a song Patty wrote and featuring a performance by Don Henley, became Smyth’s biggest hit ever. The song reached #2 on Billboard’s Hot 100 and stayed there for six consecutive weeks, going #1 on the AC chart for four straight weeks, as well as number one on many other national charts. The song was also named BMI song of the Year. The album earned platinum status and included the hits “No Mistakes,” “I Should be Laughing” and “Shine.”

As for her current revival, Patty suggests: “I don’t play to a pre-recorded track or have 15 dancers on-stage. There are no smoke and mirrors. We feel that people are yearning for music that’s real. It’s just these four guys and I, out there seriously kicking some ass and having fun. We’re so tight, if I fell down a flight of stairs, they would follow me and we’d all land on our feet.”